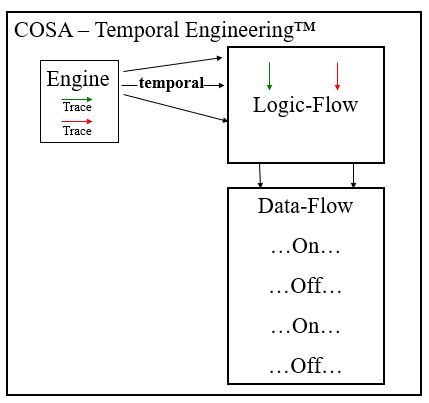 Where is time in software development?

Where is time in software development?

Edward Lee wrote a paper "Absolutely Positively On Time: What Would it Take?" explaining that "...programming languages lack time in their semantics, so timing requirements are only specified indirectly." Lacking a temporal component increases the complexity of software because the software engineer must drop what VS Merlot (VSM) calls breadcrumbs to keep "temporally" track of where they were and where they should be.

The breadcrumbs are artificial states that must be kept track of especially in embedded systems. The calculator example that VSM uses is a perfect example. The events on most embedded devices have a temporal logic that is designed to progress from event to event. Without time in their semantics embedded developers must be dropping breadcrumbs. Imagine the number of breadcrumbs in self-driving cars, or how about the number of breadcrumbs in the 777-Max airplane. VSM Temporal Engineering™ is capable of eliminating most all breadcrumbs because the logic of Coherent Object System Architecture (COSA) has a temporal component as part of its semantics. The calculator source code will soon be on our website along with other educational examples that will help those who want to learn more about VSM Temporal Engineering.