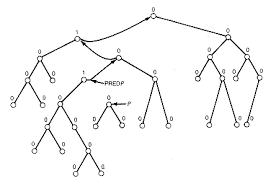 Temporal Engineering™ through the use of Coherent Object System Architecture (COSA), provides a single point mechanism to control multiple embedded autonomous engines. Every engine in COSA is controlled by a "while" statement as a single point of control. A COSA Engine is the director and manager of the Rules contained in the Vector Matrix. All of the logic associated with an Engine/Matrix contains control mechanisms over their respective engine. The logic implemented in the Rules is solely responsible for the actions subordinate to the parent engine.